Paris metro is the Parisian subway network. The « metro » word comes from the French word « Métropolitain », which means something that relates to a (big) city. The Paris metro is a rapid transit system serving Paris and its neighboring suburbs in the Ile-de-France region. 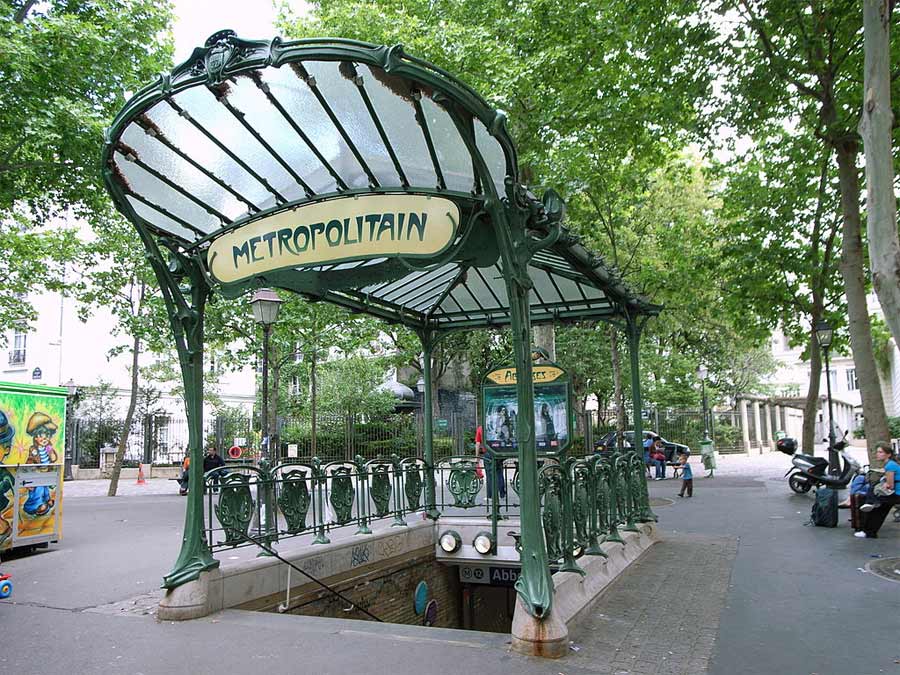 Paris metro is mainly underground. It is 210 kilometers long and has 306 stations. Many of its stations have been designed after the Art Nouveau style. The Paris metro has 16 lines, with numbers ranging from 1 to 14. Two lines are named « bis », namely Ligne 3bis and Ligne 7bis, because they were originally created as branches of lines 3 and 7. It is very easy to find one’s way in the metro thanks to a well-thought signage. Lines of Paris metro are easily identified by their specific number and color on maps, and directions are always indicated by the terminus. The metro map is of a great help for any traveler in Paris. Paris Metro is Europe’s second-busiest subway system after that of Moscow. It carries 4.2 million passengers a day, and in 2012, it carried 1.5 billion passengers in 2012. The Paris metro is very dense with its 245 stations within Paris City boundaries of 86.9 km2. Did you know it? Châtelet – Les Halles, a Paris centrally-located metro station, is the world’s largest subway station, with its 5 Metro lines and 3 RER lines.
See also : Metro map   Paris map

This website uses cookies to improve your experience while you navigate through the website. Out of these, the cookies that are categorized as necessary are stored on your browser as they are essential for the working of basic functionalities of the website. We also use third-party cookies that help us analyze and understand how you use this website. These cookies will be stored in your browser only with your consent. You also have the option to opt-out of these cookies. But opting out of some of these cookies may affect your browsing experience.
Necessary Toujours activé
Necessary cookies are absolutely essential for the website to function properly. This category only includes cookies that ensures basic functionalities and security features of the website. These cookies do not store any personal information.
Non-necessary
Any cookies that may not be particularly necessary for the website to function and is used specifically to collect user personal data via analytics, ads, other embedded contents are termed as non-necessary cookies. It is mandatory to procure user consent prior to running these cookies on your website.
Enregistrer & appliquer